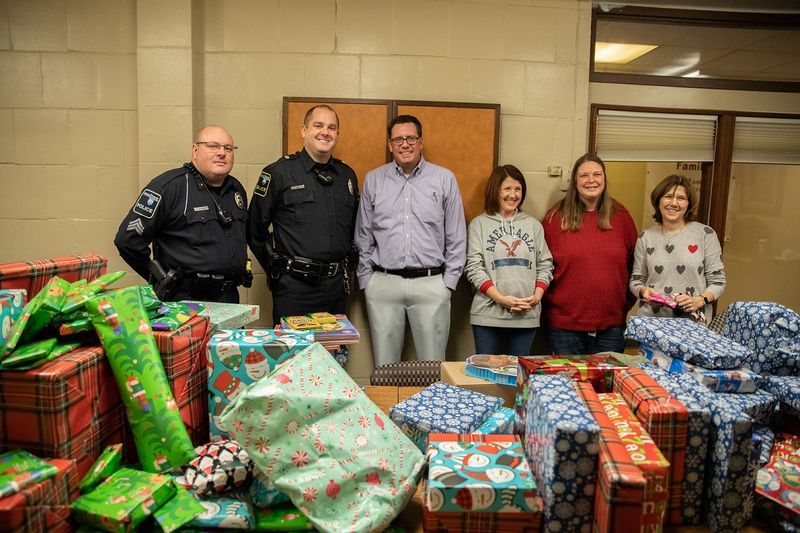 "The easiest way to express our gratitude would simply be to say thank you to everyone that participated in this event and know that over the next year, there will be an excited kid at one of our Y sites using the items that you donated. We are humbled by your thoughtful generosity and look forward to seeing and hopefully sharing the smiles that are generated from your donations." - Michael Newell (center), chief executive officer of the Valley Points Family YMCA, to the Penn State New Kensington campus community after their "Cram the Cruiser" event, which benefited the YMCA's seven early learning and childcare sites. Sergeant James lane (far left), the campus' station commander, and Wesley Sheets (second from left), southwest district deputy chief, joined Newell and other YMCA staff to deliver the toys and donations collected from the event to the YMCA's branch in New Kensington. 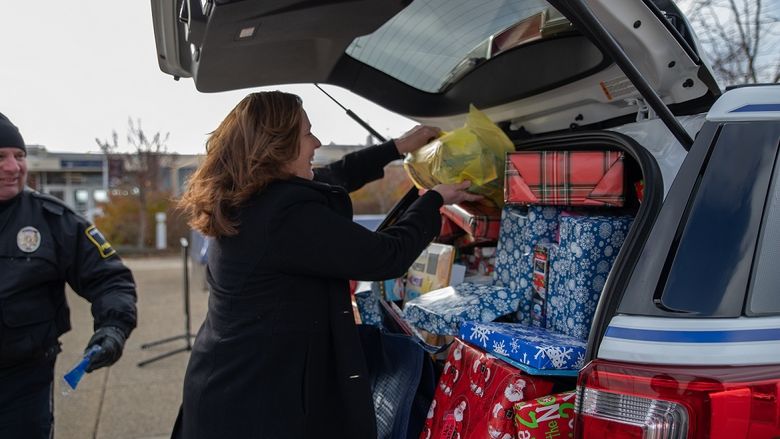 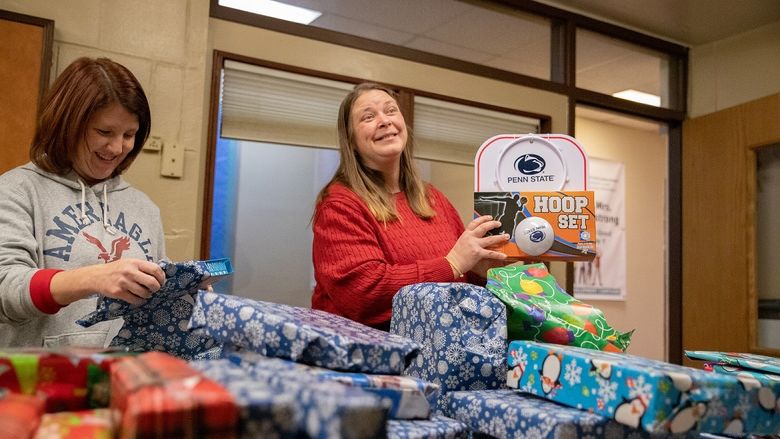 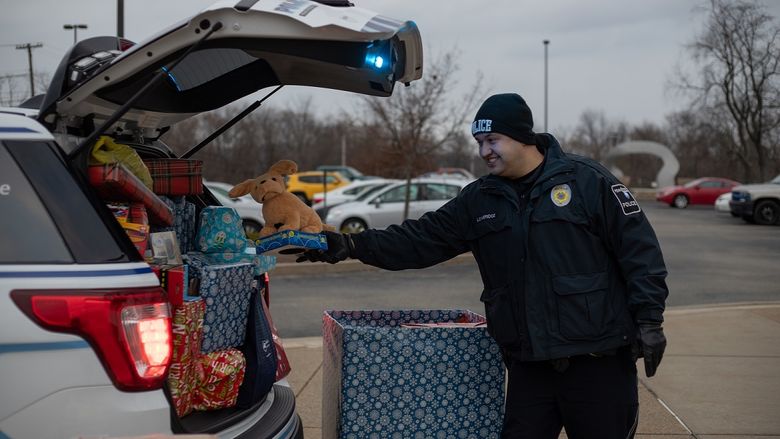 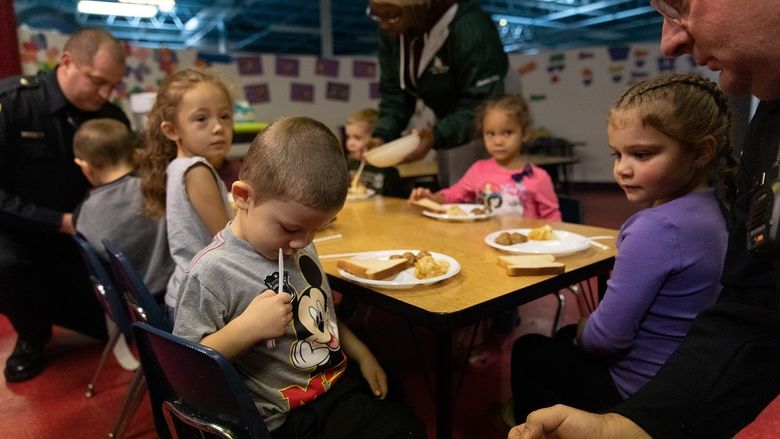 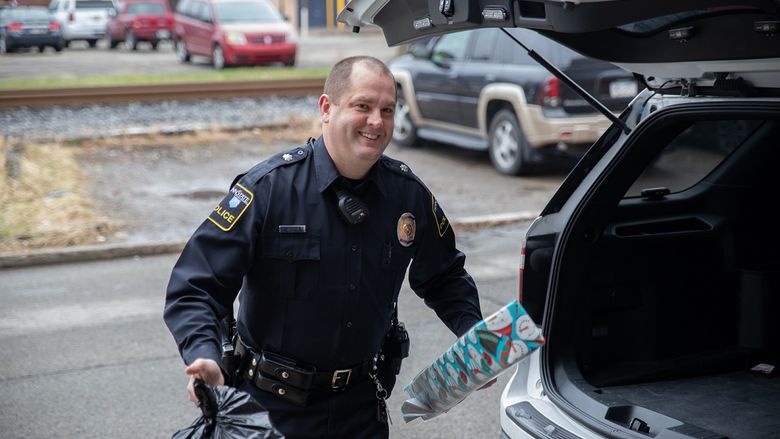 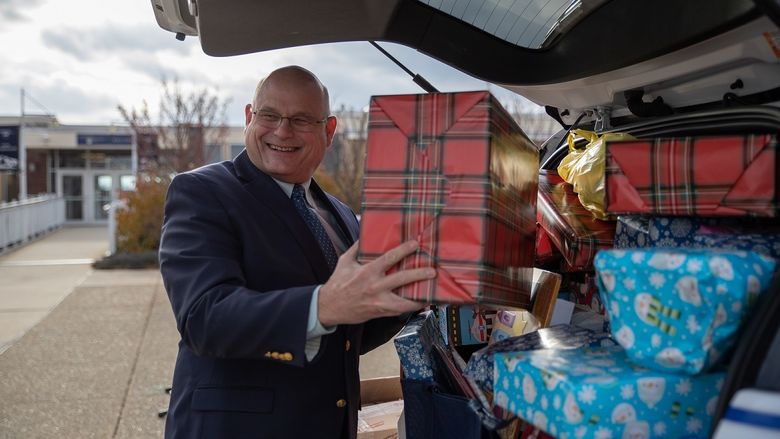 Kevin Snider at Cram the Cruiser 2019