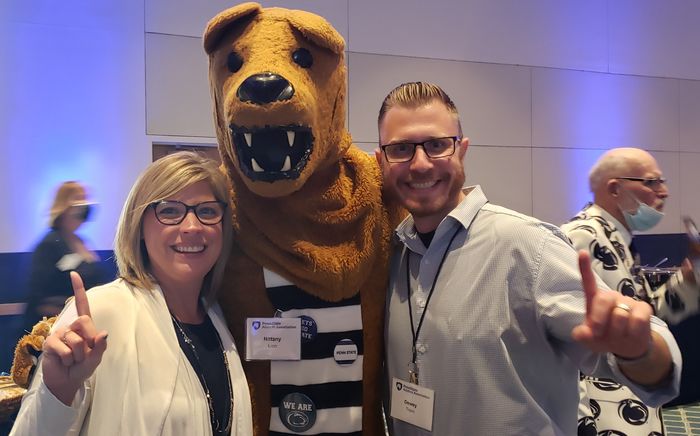 A little bit about my Penn State Story...

My wife, Ashley, and I met and graduated from Penn State New Kensington. Penn State is woven into our entire relationship.  Ashley and I met at an orientation leader retreat my sophomore year.

I played baseball; she played softball. I was in the Electro-Mechanical Engineering major; she was a Business major.  We started dating, got engaged, got married…and even took our wedding pictures at the campus. We couldn't be more grateful for the friendships and experiences we had while at Penn State New Kensington and WE ARE proud to say that we are two of more than 7,000 local alumni.

Ashley and I are both honored to serve as leaders with the Penn State New Kensington Alumni Society, the alumni campus organization within the larger Alumni Association of Penn State. Our mission is to serve the New Kensington campus students and the local community. Our society is your local connection to Penn State!

The Penn State New Kensington Alumni Society engages in various campus and alumni projects throughout the year. In addition to fundraising, board members interact with former and current students by sponsoring social events and other networking activities both on and off campus. In 1992, the Society created an endowed scholarship; the fund was fully endowed in 1998 and is currently valued at more than $172,000. The two main fundraisers to support our endowed scholarship are the annual BowlAThon in March and our Golf Outing held in August.

Ashley and I have embraced collecting moments, not things. Please come out and collect moments with us and support future Penn State New Kensington student experiences. We would love to have you be a part of our dynamic organization.

Thank you for your support, 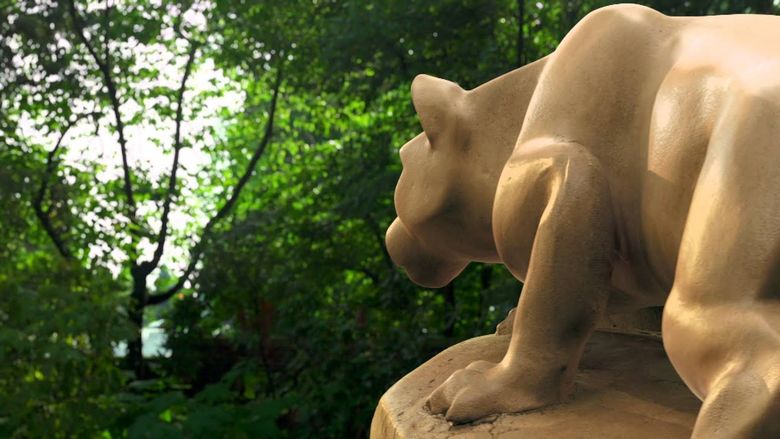