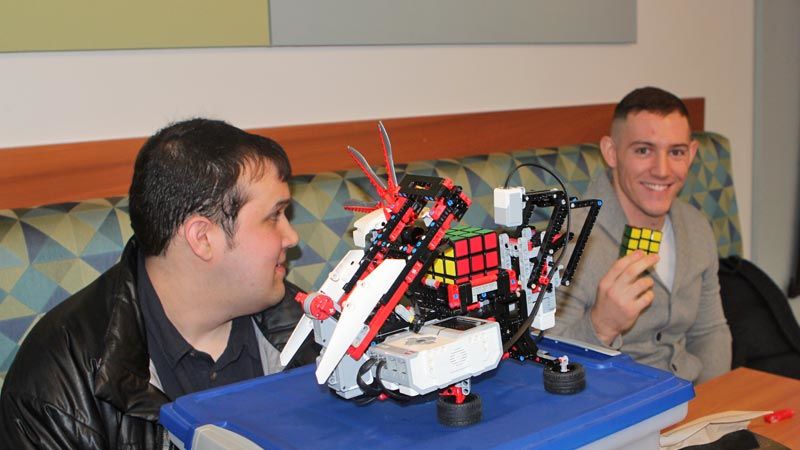 A robot built by a Penn State New Kensington student solved Rubik’s Cube in less than two minutes Feb. 17, at a demonstration during the Mathematical Association of America Math Competition at the campus.

Sean Davis, information sciences and technology (IST) major, constructed the robot out of Legos as a project for his math class during his junior year at Penn State New Kensington.

“I have always been into robotics,” said Davis, who hails from Huntsville, Alabama. “I thought it would be cool to see if there was a robot that could do it.”

Davis built the robot using Lego Mindstorms, a kit that allows users to create custom robots. He installed MindCuber, a software program that executes the needed moves by distinguishing colors.

“The robot first uses a color sensor to scan the color position on the cube,” said Davis, a graduate of Gow School, a college-prep boarding school outside of Buffalo, New York. “It then uses the results to calculate the least number of moves necessary to solve the cube.”

After one of the high school math students volunteered to scramble Davis’ cube, he put it in the “hands” of the robot. What ensued were the twisting and turning of the cube accompanied by a steady whirling sound, and approximately 100 seconds later, viola! a completed Rubik’s Cube with each of the six faces displaying one of the six colors -- red, orange, yellow, green, blue and white.

Although Davis can create a robot to solve the puzzle, he doesn’t know how to unlock the secret of the cube.

“I have never solved it on my own, which is why the robot is even more impressive to me,” Davis said. 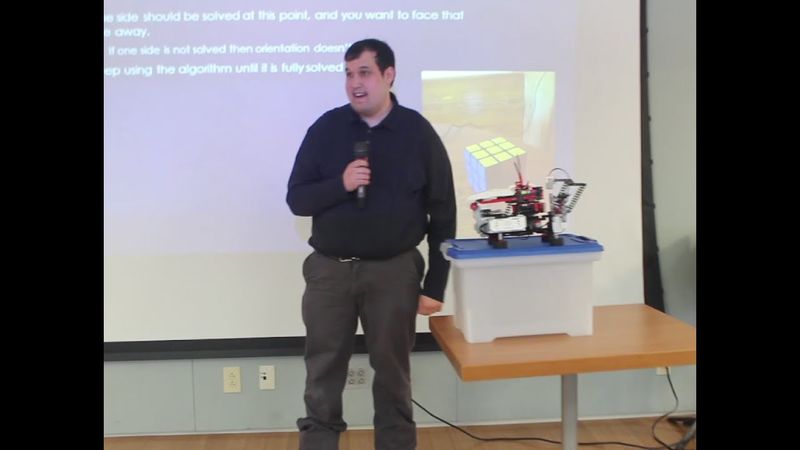 Penn State New Kensington Information Sciences & Technology student built a robot for his math class. It is made out of Legos and is capable of solving a Rubik's Cube by scanning the colors of the cube's faces.