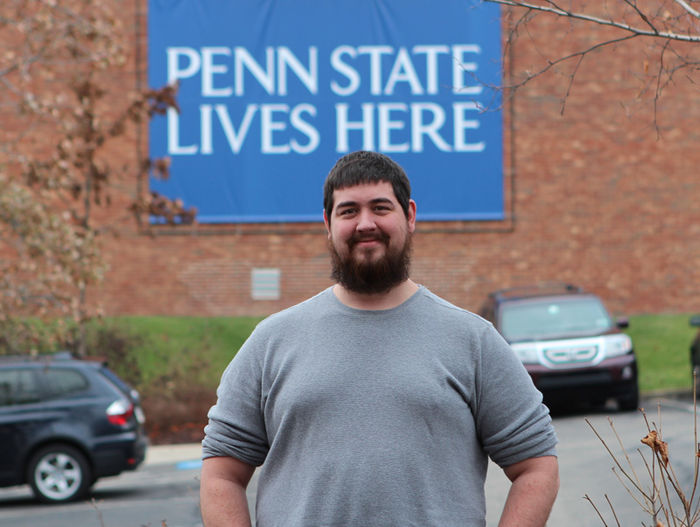 Ryan Barton stands outside in front of the "Penn State Lives Here" sign.

From petty officer in the United States Navy to faculty senate representative for the Student Government Association, Ryan Barton’s leadership qualities are at the forefront at Penn State New Kensington.

Barton is a veteran and was an adult learner in the Information Sciences and Technology program. He served four years in the Navy where he was a member of the Reactor department, which is responsible for propelling the ship and launching aircraft. Barton's duties included working with the confidential computer network aboard the USS Theodore Roosevelt, a nuclear aircraft carrier. He was honorably discharged as a Petty Officer second class, a non-commissioned rank, comparable to a sergeant in the Army.

“My job in the Navy was very technical,” said Barton, who attended Evangel Heights Christian Academy in Sarver. “With the IST program, I hope to learn much about the technical side of everything to make the most of the degree.”

The Cabot, Pennsylvania, native was drawn to the campus by the IST program and the teacher-to-student ratio. IST is the bridge between his military service and civilian career. The small classes provide one-on-one opportunities with faculty.

“I have a lot of experience with computers and networks, and I was aware of how respected Penn State degrees were,” Barton said. “IST was one of the best fits for me.”

Barton is funding his new career through the Post-9/11 GI-Bill, which provides financial support for education and housing. Under the bill's Yellow Ribbon program, veterans who served on active duty since Sept. 11, 2001, have their tuition costs covered through shared responsibility between Penn State and the Veterans Administration.

The main campus resource is the Veterans Services office. Diana Hill, veteran certifying official at the campus, helps veterans navigate the requirements of benefit programs. In addition to administrative resources, fellow vets and the reconstituted Adult Learner Society, a student club that promotes the interests of adult learners, provide support for the “nontraditional” students.

“Communicating face-to-face with vets is a big help,” said Barton, who expects to graduate in 2016. “The people on campus who work with vets are the most helpful.”

Penn State recently launched a new website that is geared to veterans and adult learners. “Penn State for Adult Learners” was created to streamline information gathering for current and prospective adult students. The initiative makes it easier for adults to start their college career or return to school after a break

As a member of the SGA, the 25-year-old Barton brings a wealth of experience to the eight-member board. He also provides a perspective that differs from those of the younger board members who are considered “traditional” students, meaning they range in age from 18-24. As faculty senate representative, Barton is the voice of campus students on the faculty senate, the legislative body representing the campus academic unit.

While his on-campus time is spent on his classes and SGA responsibilities, Barton’s off-campus time is spent with his family. He has been married to Cassie Barton for six years, and they have a two-year-old daughter, Alexis. He relishes his time with his wife and daughter and says that “juggling school and family is quite easy.”

“The secret to that is doing most, if not all, of my schoolwork at school before I go home,” said Barton, who moved to the city of New Kensington when he began classes. “The campus makes learning more personable, and as an adult it makes it easier to work with the faculty if any issues arise at work or home.” 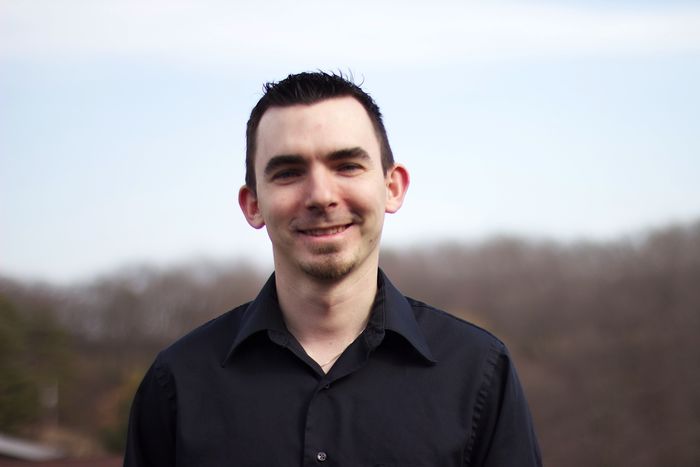 Wolski, a December 2012 graduate with a bachelor’s degree in information sciences and technology, earned an internship last summer at Westinghouse Electric Co. in Cranberry. His interest in the nuclear industry led him to Westinghouse, which provides fuel, services, technology, plant design, and equipment for the commercial nuclear electric power industry.

He excelled as a member of a team of engineers, and his performance impressed the team leaders who relayed the information to Dave Peffer, cyber security product manager for Westinghouse’s nuclear automation department. Peffer hired Woski in February as a cyber security engineer. The work he is doing as an employee is a continuation of the work he performed as an intern.

“Kyle was one of the best interns we had in a while, and I wanted to give him an opportunity to come on board with the team,” said Peffer, who heads the group that provides consulting and technologies to nuclear plants. “He has a very good attitude and interacted well with the team.”

The internship, a requirement for the campus’ Information Sciences and Technology (IST) program, provided valuable work experience as he was allowed to work on his own on many occasions. He performed various tasks that helped to secure the digital systems for nuclear power plant customers. Assignments included assessments, training, documentation, product installation and configuration, and implementing cyber security programs.

“I would get my assignment for the day from my lead engineer and usually was let go and free to complete it and ask questions as needed,” said Wolski, who earned a minor in Security and Risk Analysis. “I knew I would get real world experience with the internship.”

The summer job went hand-in-hand with what he was learning in the IST program. Concepts from the classroom were applied to the workplace.

“Attention to detail, planning ahead, and general knowledge of the operating system were the main concepts,” said Wolski, a graduate of Seneca Valley High School. “My networking class helped with working on the sever, and knowledge of the OSI (Open Systems Interconnection) model helped me and another engineer solve a problem with setting up an isolated environment for demonstration for a customer.”

The New Kensington IST program provides students with a background in the core technical areas of networking, databases, programming, and system integration. Graduates are prepared to enter the work force since they can opt to take classes that integrate industry-standard software applications, such as Oracle (database software), SAP (business enterprise software) and GIS (geographic information systems).

In addition, IST students are trained in key business areas, such as project management and organization theory. Students develop essential teamwork and problem solving skills through team projects. Students gain real-world work experience through a required internship and a fourth-year capstone project. During the capstone experience, teams of students engage in finding solutions to the real problems of major local companies.

“I feel this degree gives me the opportunity to go to many different industries, and I feel that I will always have job and career opportunities,” said Wolski, a three-year member of the campus’ Dean’s List.

Penn State’s blue and white spirit runs through the Wolski family. Kyle’s brother has a bachelor’s degree in IST, and his sister has a bachelor’s in education, both earned at Penn State University Park. Kyle broke the mold and stayed at the New Kensington campus, a decision that is validated daily.

“I had very good experiences with all of my professors at Penn State New Kensington, and I feel I learned a lot from the IST professors and the concepts that they taught,” said Wolski, who grew up in Evans City. “I was able to take away different lessons learned from each professor which I felt was very beneficial.”

Wolski has high praise for the internship program at the campus. His advice to current students is to put a concerted effort into the job, and rewards may follow.

“I feel you get out what you put in. Companies take note of the interns they hire, and they remember the good interns and bad interns,” Wolski said. “Even if they can't offer a position after the internship, if you do a good job most managers would willingly give you a good reference and help you get a job with another company or another department within the company.”

Following Wolski’s lead on a Westinghouse internship are two current IST students, senior Nicole McMahon (Kiski Area High School) and junior Jesse Vulgris (Lenape Vocational-Technical School). By happenstance, they interviewed together in December at Westinghouse’s "Intern Café," an annual event for more than 200 college students seeking summer internships at the company. Both were selected for the program.

“I went to the "Intern Café" and had some casual interviews,” said McMahon, who earned a 4.0 grade-point average last semester. “After lunch, I interviewed with Jesse, and we must have done well together because we both got jobs. I will be working in the SAP Portal Services department.”

“While attending the event, I saw Nicole, and we walked around together, getting interviewed by various Westinghouse members," said Vulgris, a member of the campus’ dean’s list. “After a week, I was notified by Westinghouse that I got accepted for the Human System Interface Applications department.”