We Are Making an Impact

We focus on nurturing your unique strengths by fostering creative and critical thinking, and our exceptional faculty guide and support you during your academic career so that you're ready to make a real-world impact with learning beyond the classroom. As you build lasting connections and friendships with faculty, staff, peers and community stakeholders, you'll have access to opportunities such as research, internships, travel and leadership as you work toward joining more than 700,000 alumni who are powered through Penn State pride.

Learn more about how Penn State New Kensington is making an impact, and then request more information on how you can be a difference maker, too.

In the community of New Kensington, situated about seventeen miles northeast of downtown Pittsburgh, signs of economic downturn are evident. Vacant storefronts, empty warehouses, and its once bustling Fifth Avenue are what remain since the community’s heyday when major manufacturing corporations called New Kensington home. 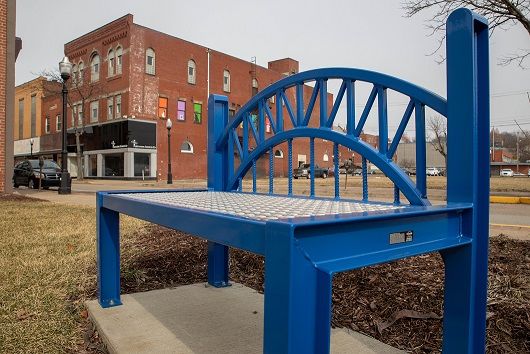 Rapid advances in technology have affected almost every business and industry, including manufacturing. The propulsion of things such as artificial intelligence, robotics, and data analysis is fueling the proverbial flame of what some believe will be the next industrial revolution. Known by manufacturing experts as “Industry 4.0,” this shift represents the digital transformation of manufacturing.

For Kevin Snider, chancellor of the Penn State New Kensington campus, and local officials, New Kensington’s transformation is going to require not only community-driven revitalization efforts, but also a retraining of the area’s workforce to meet the modern needs of the workplace. Because of the University’s focus on entrepreneurship and innovation, Penn State is uniquely positioned to lead this effort.

“The question becomes, ‘how do you go about taking a Rust Belt area and preparing it for the digital age?’ Cities are not prepared to head into this next phase of the industrial revolution because of the skills required to adapt to processes that are now becoming automated by computers.”

Faculty at Penn State New Kensington have been at the forefront of an effort to equip both students and members of the local workforce with the skills required to adapt to the digital age of manufacturing.

Joe Cuiffi, Penn State alumnus, assistant teaching professor, and program coordinator of New Kensington’s four-year electro-mechanical engineering technology (EMET) program, is developing an educational toolkit based upon machinery and software that imitate a smart manufacturing system. The learning exercises, which will be delivered via a cloud-based platform, will teach students about smart manufacturing processes and how they can be used in business optimization. 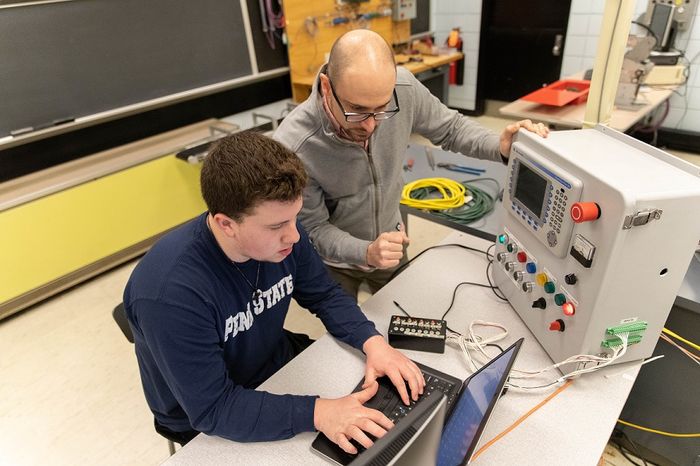 “We will be developing a curriculum around this machinery that teaches people how to think about smart manufacturing concepts and things such as large data sets, machine learning, and decision augmentation as part of the learning environment,” Cuiffi said.

Known as the “Factory 4.0 Educational Toolkit,” the new curriculum is the result of a project led by New Kensington in partnership with MIT and Arconic, a global engineering firm. The project is one of just ten proposed solutions in the nation focused on workforce development and research in smart-manufacturing capabilities to receive funding from the Clean Energy Smart Manufacturing Innovation Institute (CESMII). CESMII works with more than 200 partners from top universities as well as industry, national labs, and associations to advance manufacturing competitiveness, sustainability, and innovation in the United States.

Cuiffi is excited to usher in this type of workforce development for the campus and region.

“Being near Pittsburgh, there is a lot happening in areas like robotics, for instance, that make this a good place to be discussing this digital revolution. It’s something that the community needs to be aware of, and we’re happy to put Penn State New Kensington on the map for it.” – Joe Cuiffi

Part of the revitalization of downtown New Kensington has been the opening of The Corner, which is one of Penn State’s twenty-one innovation hubs located throughout the Commonwealth. 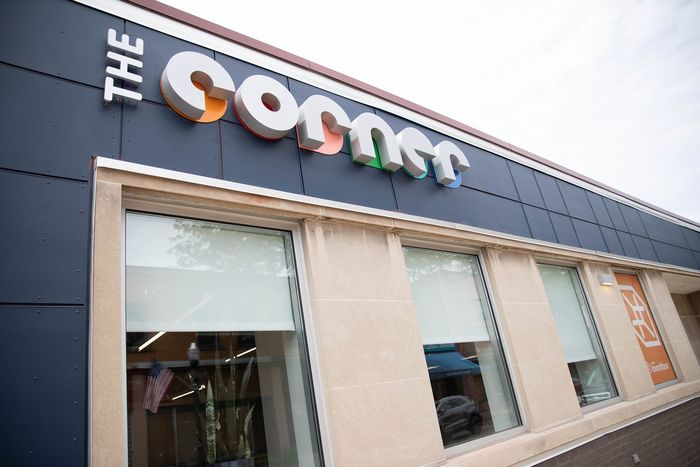 Thanks in part to a seed grant of $150,000 from Invent Penn State, The Corner opened as one of the first centers of its kind in Westmoreland County, which offers local entrepreneurs access to Invent Penn State’s signature LaunchBox programming, including a ten-week accelerator program, membership-driven coworking space, as well as a variety of workshops and networking events geared toward aspiring entrepreneurs.

“I see The Corner as a visible anchor in New Kensington’s transformation to a vital, vibrant community in an Industry 4.0 world where we’ve not only retained the essence of the community but created opportunities for all to participate in its revitalization.”

In addition to The Corner, Penn State looks to continue assisting with the physical revitalization of the New Kensington community. 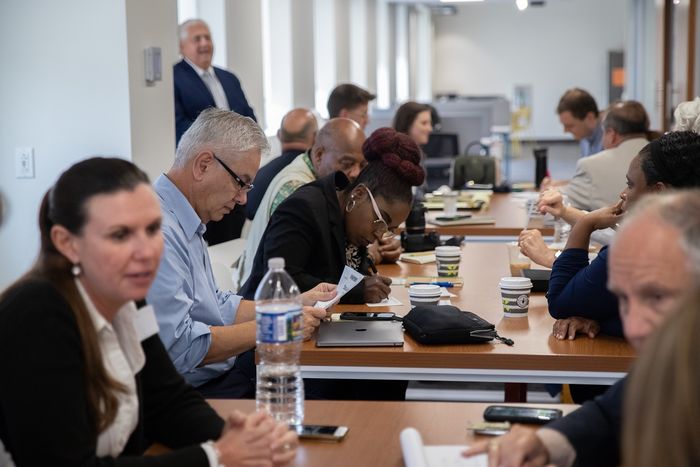 “Members of the community identify with the need for this intervention because they’re experiencing this problem either directly or indirectly,” said Obonyo, who has made many visits to the area to assess buildings in need of repair. “One of the values of this initiative overall is awareness creation. Repairing rooftops in the area has resulted in conversations that help the broader community understand the seriousness of the situation facing cities like New Kensington, but it has also helped in shifting the narrative. Yes, the buildings are damaged, but they can be fixed.”

Because building materials can equate to one-third of the total cost of construction, Obonyo and her team are working on a concept that uses innovative materials to reduce overall costs, lower energy costs, and optimizes the use of local resources.

Office of Admissions and Student Aid