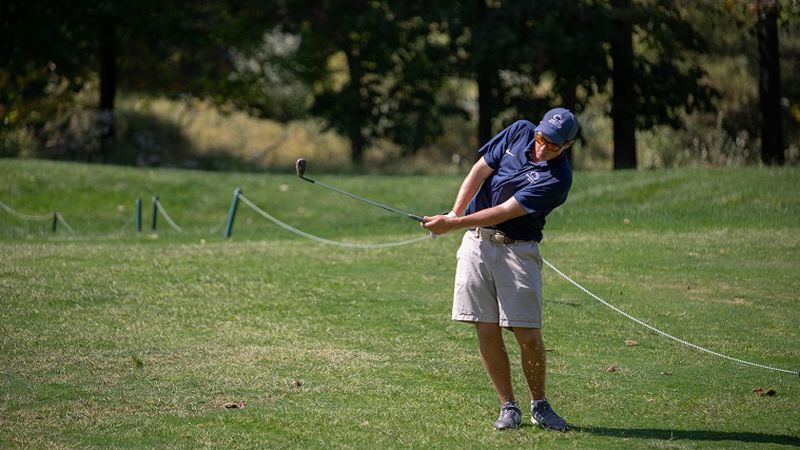 UNIVERSITY PARK, Pa. - Junior Collin McCune (Lower Burrell, Pa./Gateway) saved his best performance of the season for last as he posted a two-over-par 74 at the United States Collegiate Athletic Assocation (USCAA) and Penn State University Athletic Conference (PSUAC) Championships. The normally two-day event was shorted to one round due to rain and course conditions on Monday.

McCune's score tied him for fourteenth place among the 118 golfers in the field and placed him on the USCAA All-American Second Team. McCune is the third golfer in New Kensington history to earn all-American honors.

On the PSUAC side, McCune tied for second and was just one stroke from medalist accolades. McCune earned a spot on the PSUAC All-Conference team for his finish.

Joining McCune on the PSUAC All-Conference Team was freshman Alex Smith (Pittsburgh, Pa./Central Catholic). Smith finished tied for 7th in the PSUAC and tied for 29th in the USCAA with a 78.

Derek Petrishen (Natrona Heights, Pa./St. Joseph) shot an 82, good for a tie for 20th place in the PSUAC and 54th in the USCAA. Mason Sullivan (Butler, Pa./Butler) rounded out the scoring for New Kensington with his best round of the season, a 96.

New Kensington totalled 330 strokes as a team, which landed them in 5th place in the PSUAC and 13th in the USCAA Championship.