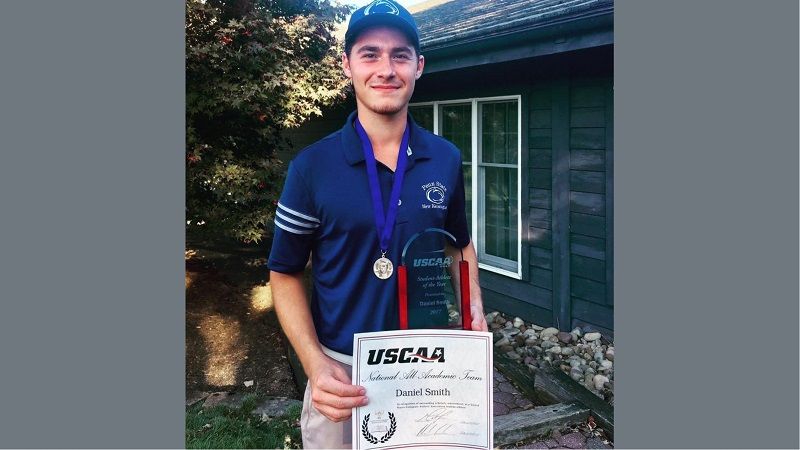 Penn State New Kensington's Dan Smith was honored by the United State Collegiate Athletics Association (USCAA) as the Student-Athlete of the Year for Men's Golf. Smith was presented with the award following the USCAA Golf National Championship at the Penn State University Blue Course.

Smith, a sophomore engineering major, excels in the classroom at Penn State New Kensington, also receiving USCAA Academic All-American honors for achieving above a 3.5 GPA. He is also involved with the campus's G.R.E.A.T. (Growing Regional Excellence through Experience, Academics and Training) program and the campus Honors Program.

This fall, Smith was the top medalist at the Bernie Guss Classic, earning him USCAA Golfer of the Week accolades. He was runner-up at the BC3 Invitational and had three other top-10 finishes this season.  In addition, he earned Penn State University Athletic Conference (PSUAC) All-Conference honors by finishing tied for 8th place at the PSUAC Championships.