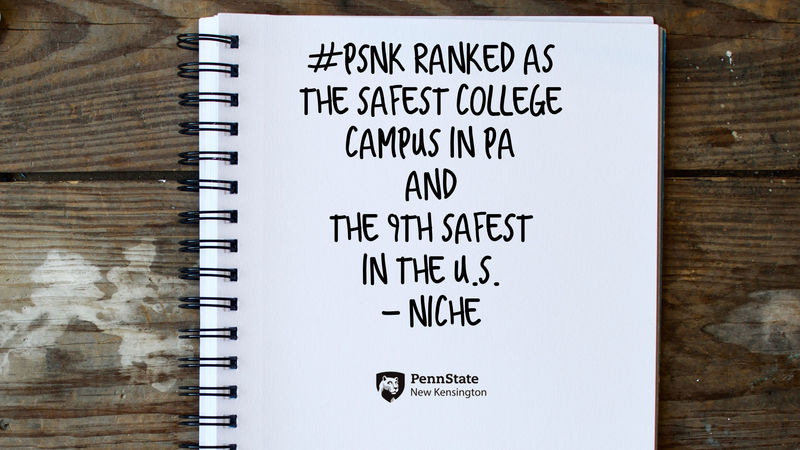 The campus has also been listed as the ninth safest in the entire country.  The new rankings come from Niche, a company that surveys and reviews colleges nationwide. Previously, the campus was ranked as the sixth safest in Pennsylvania and 57th in the country.