It wasn’t Abbey Road in London but Seventh Street Road in Upper Burrell that served as the venue for Penn State Laureate Kenneth Womack’s Beatlemania campus tour. The yearlong traveling presentation made a stop Jan. 29 in the Forum Theatre at Penn State New Kensington.

Womack’s talk, “The End: Authorship, Nostalgia and the Beatles,” focused on the groups’ musical and lyrical development from their early years through their breakup in 1969. To the delight of students, faculty, staff and alumni in the audience, he also delved into the esoteric aspects of the bands’ history, such as the original ambitions of Lennon and McCartney to become Broadway musical composers.

“Dr. Womack did a great job of blending entertainment and scholarship in his talk,” said Bill Hamilton, assistant professor of biology at the campus. “His obvious love of the material came through in all of his comments, but the details of his discussion, such as the use of the 'cranked piano,' were very insightful."

The Beatles often experimented with several musical genres, including pop ballads, psychedelic rock, classical Indian, soul and country. The hand-cranked piano, also known as a player-piano, was most notably used for the "White Album" song, “Rocky Raccoon,” to give it that Old West sound.

Womack interspersed his presentation with numerous audio and video clips. One sound bite featured music by John Lennon’s skiffle band, The Quarrymen. Skiffle music was popular with British teenagers in the 1950 and bands performed using mostly homemade and improvised instruments, like broom handle.

“It was interesting to learned how to take a broom stick, line it with string, set it inside a box and voila, you have a bass guitar,” said Hannah McBean, a junior in the organizational leadership program. “Dr. Womack made me feel like he was best friends with the Beatles because he knew a lot of intimate details about them.”

According to Womack, being in the Quarrymen meant you were a close friend of Lennon’s and from Quarry Bank High School. Lacking musical talent was not an excluding factor for band membership. On July, 6, 1957, McCartney was at an outdoor festival at St. Peter's Woolton Parish Church in Liverpool when he first saw the Quarrymen perform. The 15-year-old McCartney was intrigued with the 16-year-old Lennon’s musical acumen. Later that day, McCartney was introduced to Lennon by a mutual friend. With a guitar slung over his shoulder, McCarthy boasted of his vocal skills and his guitar dexterity, and proceeded to “audition” for Lennon with a series of cover songs.

“I mean, who comes to see a band with a guitar on his back,” said Womack with a laugh. “It was typical McCartney, always showing off. He told Lennon that he could play better, sing better and perform better than any of Lennon’s friends in the band.”

A few months later, McCartney, a product of Liverpool Institute, was invited into the band. The following year, George Harrison, a schoolmate of McCartney at the institute, joined the Quarrymen. Within two years, all of the original Quarrymen were gone, providing the band the opportunity to evolve into the Beatles. Wither Ringo? Pete Best was the original drummer for the Beatles but was fired after the first recording session. It was a group decision. Ringo Starr replaced Best and the musical entertainment world still applauds the decision.

Womack took the audience through the long and winding road of the Beatles’ prime years in the '60s. A professor of English and integrated studies at Penn State Altoona, Womack analyzed such classic albums as "Rubber Soul," "Revolver," "Sgt. Pepper’s Lonely Hearts Club Band," "White Album" and "Abbey Road," the last studio album recorded by the Fab Four.

Among the video clips was the Beatles’ iconic appearance on "The Ed Sullivan Show" in 1964. The opening song was “All My Loving.” It is one of Womack’s favorite clips. Although he has seen its thousands of times, he sat in the audience to take in the full effect on the big screen. Womack's new book, “The Beatles Encyclopedia: Everything Fab Four,” was released in February in celebration of the 50th anniversary of the group’s appearance on Sullivan’s Sunday night variety show.

Womack showed numerous photos and illustrations, including a drawing of that first meeting of Lennon and McCartney, and photos of the last meeting with all four Beatles. The coming together of future leaders of the Beatles was memorialized by artist Eric Cash and his famous illustration, “The Introduction.” McCartney is introduced to Lennon by Ivan Vaughan, a Quarrymen member. McCartney is standing with a guitar slung over his shoulder, while Lennon is sitting on a chair, with a guitar on his knee.

The last meeting of the Beatles was in 1969 and the photo shows the group on the un-mowed cricket pitch at Lennon and Yoko Ono’s estate, Tittenhurst Park, in Berkshire, England. Lennon, with full beard, is wearing one of Ono’s hats. The picture is a part of a series from the last photo session of all four band members together. The photos were used to promote "Abbey Road." A month later, the Beatles were, as Edgar Allan Poe’s raven would say, “nevermore.”

“The break-up seemed inevitable because McCartney and Lennon had different visions of what direction their music should take,” said Mike Tutolo, a Penn State alumnus and adjunct instructor at Penn State Greater Allegheny and Point Park University. “Paul was more into 'bubblegum' music, popular with the masses, while John wanted the music to move to a mystical level.”

The laureate is a full-time University faculty member in the humanities or fine arts who is assigned for one academic year to bring an enhanced level of social, cultural, artistic and human perspective and awareness to a broad array of audiences. The laureate is a highly visible representative of Penn State who appears regularly at events University-wide and throughout the commonwealth at community and statewide events.

About Kenneth Womack
A prolific writer of a variety of both scholarly and general-audience topics, Womack is highly regarded as an expert of popular culture, most notably of the Beatles, and is a frequent public speaker about "Fab Four 101" and similar themes. He has authored or edited several volumes about the legendary British band, most recently "The Beatles Encyclopedia: Everything Fab Four," which will be released this month by Greenwood Press in celebration of the 50th anniversary of the Beatles' legendary appearance on Sullivan’s show. Also forthcoming from Womack are the nonfiction works "The Mammoth Book of Movies" and "Made to Order: The Story of Sheetz," a chronicle of the family-owned convenience store chain based in Altoona.

An award-winning novelist, Womack has published three fictional titles. The acclaimed "John Doe No. 2 and the Dreamland Motel: A Novel," which won the Bronze Award in the ForeWord Reviews' Book of the Year Award Competition for Literary Fiction, is a narration of events by the never-confirmed accomplice of Oklahoma City bomber Timothy McVeigh. "The Restaurant at the End of the World," which was selected as a finalist in the 2013 Montaigne Medal Competition, is a heavily researched collection of fictional accounts based on the actual staff of the World Trade Center's North Tower restaurant Windows on the World, told on the morning of Sept. 11, 2001. "Playing the Angel," tells the story of a college-student-turned-street-artist who anonymously protects New Orleans' Hurricane Katrina storm refugees dressed as the Angel of Mercy.

Womack received his undergraduate and master's degrees from Texas A&M University and a doctoral degree in English from Northern Illinois University. He has been on the English faculty at Altoona since 1997 and was named professor in 2006. He served as head of the Division of Arts and Humanities from 2002 to 2008, when he was named associate dean for Academic Affairs at the campus. 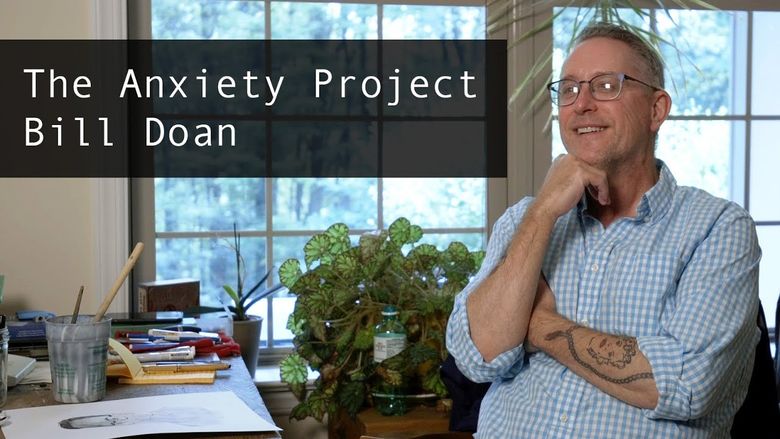 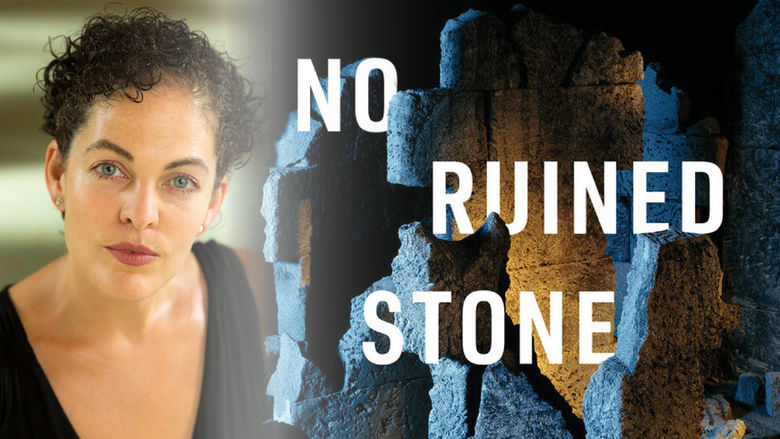 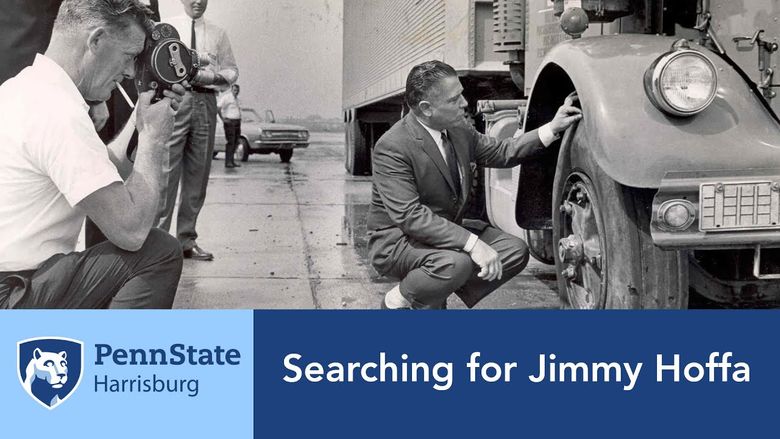 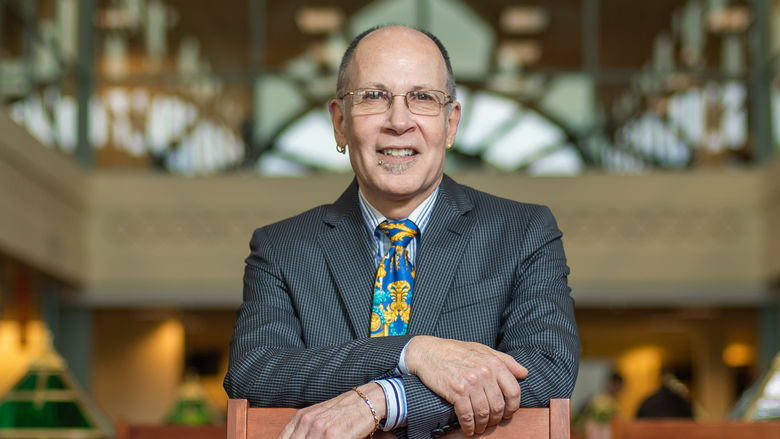 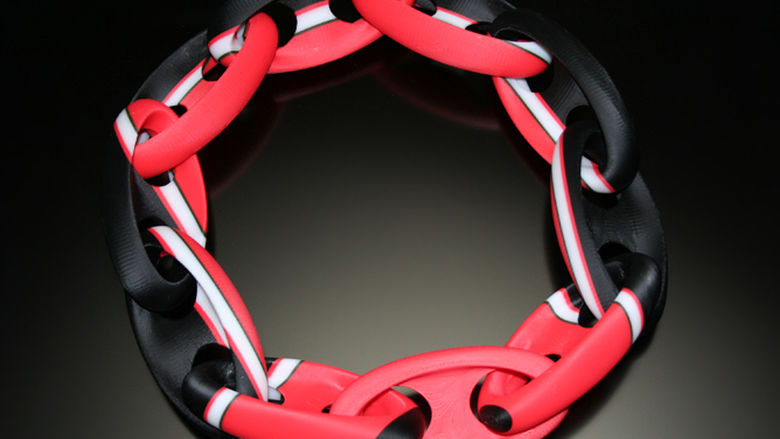