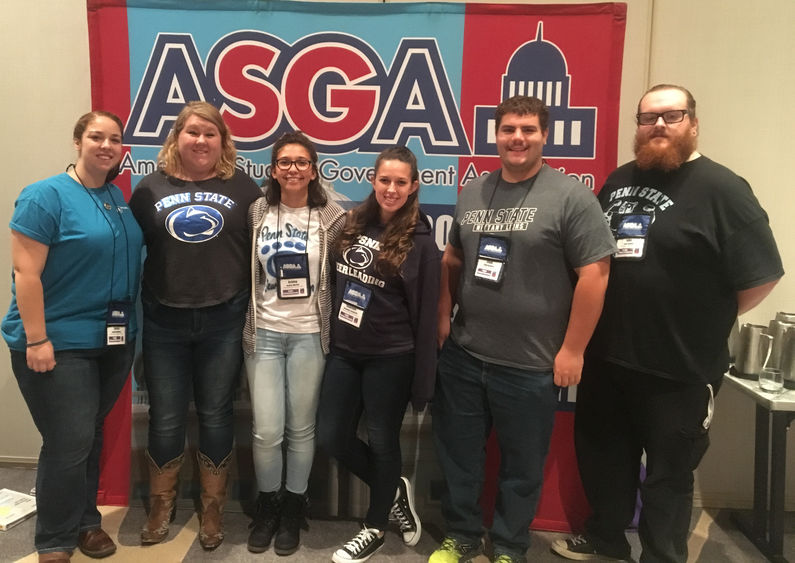 “We were able to learn how to be better leaders and make a larger impact on our campus and the community,” said Shannon Josefoski, president of the SGA at the New Kensington campus. “It gave us the knowledge and skills on how to focus on making positive experiences for the student body.”

Josefoski, a junior project and supply chain management major from Highlands High School, has been an “inspired doer” on the campus since her freshman year. She is serving her first term as SGA president. Last year, she co-chaired the campus’ THON committee.

“This conference was a great chance for students to learn and grow not only from the professional presenters during the conference, but from their peers from a variety of institutions around the world who were in attendance.” said Lauren Blum, assistant director of student activities and adviser of the group. “I was very proud of our students taking the initiative to attend this conference, and to reach out of their comfort zones to make connections around the world. We have a great group of students here at PSNK and I love to see them grow personally and professionally through experiences like this during their time with us.”

During three days of workshops and roundtables, the students interacted with the speakers, strategized with their peers, and learned how to maximize the productivity of the SGA. The campus contingent spread out and covered all 54 sessions. Topics included goal-setting techniques, ethics and integrity, organization effectiveness, structures and systems, team building, effective advocacy, personal growth, conflict resolution, delegation, training and development, meeting management, elections and voting, and public relations.

"The main point of the conference was to learn how to improve our own SGA," said Ashley Worlds, this year’s THON chair. “It will help me get more people involved in the student life activities on campus, especially THON.”

“It discussed how to get new leaders involved and caring about what the SGA does, which is important for transitioning,” said Worlds, a member of the campus’ Honors Program and Dean’s List. “Our SGA can improve immensely and become the voice of the student body.”

As expected, Josefoski was partial to sessions involving leadership positions. “Hail to the Chief: The Power and Purpose of Being SG President” provided her with the tools to implement improvements at the campus.

“I brought back solid knowledge on building up our clubs and organizations and encouraging more SGA involvement,” Josefoski said.

In addition to learning about leadership skills from professionals, Josefoski and Worlds learned from students at other academic institutions. Students from over 120 colleges and universities in countries such as Cambodia and Egypt, were among the attendees. The diverse setting provided diverse perspectives on student governments.

“I enjoyed the opportunity to talk to students from around the world about how their universities worked,” Worlds said.

“Being able to interact with other students in attendance will help make our SGA better,” Josefoski said. “We will be able to better serve our student body and help develop our campus for the future.”

The trip was funded by student fees, private donors to the campus’ Leadership Fund and the Penn State University Alumni Society.