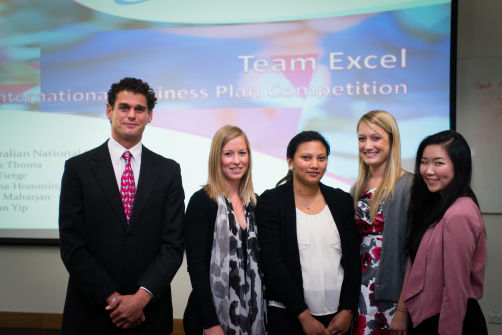 My name is Nicki Thoma, and I graduated with a degree in Business from Penn State New Kensington.  I tell everyone that choosing Penn State was the best decision I have ever made!  During my junior year, I was a semester ahead and had been able to pay my way thus far in my college career.  I decided I wanted to do something fun, exciting, challenging and adventurous!  So, I decided to apply to study abroad in Canberra, Australia!

The process of applying for the program was long and tedious.  The faculty at the Office of Global Programs at State College helped me a ton!  However, the best advice I received was from the Penn State students who studied at the university I was enrolling in.  The Australian National University (ANU) was located in Canberra, Australia’s capital city.  Canberra is located about 3 hours south of Sydney.  In 2012 ANU was ranked #38 in the World’s University Ranking.

Studying at the ANU was very different than what I was used to at PSU.  Classes were run in a lecture and tutorial setting.  Lectures would be given once a week where the professor would explain material and content (similar to lectures here at PSU), but tutorials were held a different day (and usually led by a PHD student) and were used for discussion, project presentations and clarifications on lectures.  I enrolled in 4 classes at ANU which included: Dynamics of Asian Business, Social Marketing, Cross-Cultural Management and International Marketing.  All of my classes were challenging in different ways, and the grading system was very different than PSU.

During my time in Australia I was able to travel a decent amount.  I traveled up and down the East Coast from Cairns to Melbourne.  In Cairns, I snorkeled and scuba dived the Great Barrier Reef.  Along the coast, I visited places such as Byron Bay, Surfer’s Paradise, Noosa Heads, Fraser Island, Coolangata and Brisbane.  In Melbourne, I traveled along the Great Ocean Road and visited the famous Twelve Apostles.  In Sydney, I enjoyed the nightlife, Opera House, Harbor Bridge and the amazing shopping.  Before I left to come home, I traveled to the South Island of New Zealand for a week.  This was by far the most amazing place I have ever been!  It is truly breathtaking!  I skydived in Queenstown, NZ (the adventure capital of the world)!

I could write so much about my experience, but I encourage you to take the path less traveled and make some of your own memories by applying to study abroad through PSU!  It was truly a life changing event for me.  Especially now looking back on my trip, I appreciate it so much more!  I have made friends from around the world in almost every continent.  The experiences, cultures, friends, adventures and places you will go will amaze you every day!  Take every opportunity you can here at PSU, because before you know it will be over!

If you are interested in hearing more of my journey, you can check out a blog I made while I was abroad:  www.nataustralia.wordpress.com. 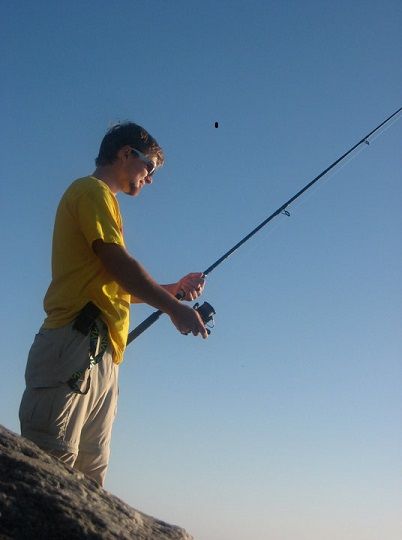 My name is Michael Palumbo, and I studied abroad through Penn State using the CIEE program in Perth, Australia for a semester.  First off, it was very easy to get things started in education abroad through Penn State.  I was on winter break, so I went to https://global.psu.edu/education to see if I could study abroad, started to fill out the forms, and within an hour; I got accepted!  When I was preparing to go, there was a lot of paperwork to get ready, but both Penn State and CIEE helped me through everything.

Studying at Murdoch University in Perth, Australia was a great learning experience itself, but that was only a portion of it.  All of the international students studying abroad through CIEE got to go on a weekend trip to Denmark, Australia, see the Temperate Rain Forest, see the Aboriginal culture and swim in the Southern Ocean.  Also, international students studying abroad at Murdoch University got to go on a week-long trip to see 1,400 miles of the east coast of Australia, which was all included in the tuition.  We saw it all!  Perth, Australia is called the melting pot of nationalities.  I met people from all over the world and made a lot of friends from Australia, Germany, Singapore, and countless other countries.

Traveling abroad was the greatest experience of my life, and I hope that you can experience the same. 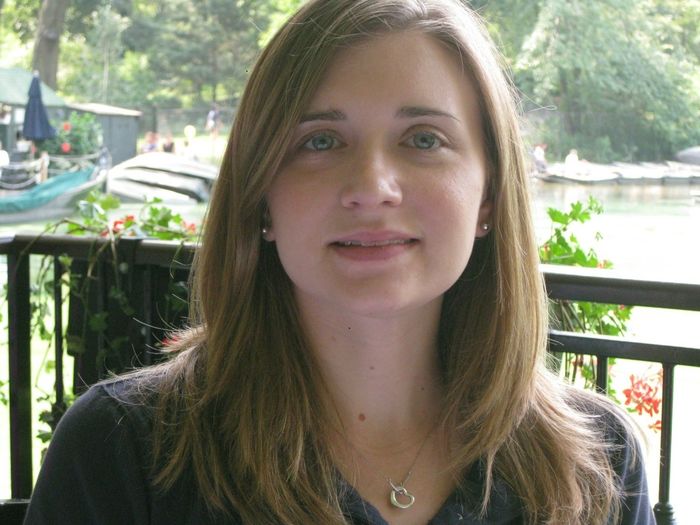 Jamie Steinberg is a 2009 alumnus. Jamie transferred to Penn State as an adult student after working for 6 years in the Bahamas in real estate development and as the business development manager for an IT consulting company.

“I chose Penn State New Kensington because I wanted to live close to my family while continuing my Penn State education," said Steinberg. "I really appreciated the quality of the education, but also wanted to be able to interact with my classmates in person. PSNK provided this opportunity.”

Jamie is currently is a consultant in the Risk & Compliance division of Protiviti in New York. She started with Protiviti in July after earning her MBA in Finance and Real Estate in May 2011 at American University. As a graduate student, Jamie was involved in several organizations including serving as President of Kogod Women in Business and Co-President of Kogod Private Equity and Venture Capital Club (KPE). As part of KPE, Jamie represented the school on teams competing in several mergers & acquisitions and real estate competitions in the local business community.  Of these extracurricular activities, Jamie comments, “My involvement in school activities developed while I was at PSNK. After joining the business club and becoming President of Phi Theta Kappa, I started to feel a lot more connected to the campus community. The staff and faculty were incredibly supportive which was very encouraging.  Also, as the campus was smaller, I found that there was the possibility to really make an impact.”