As of June, 2016, four former students are completing their doctoral degrees in psychology at area universities, and five recent graduates are now enrolled in masters programs in psychology. 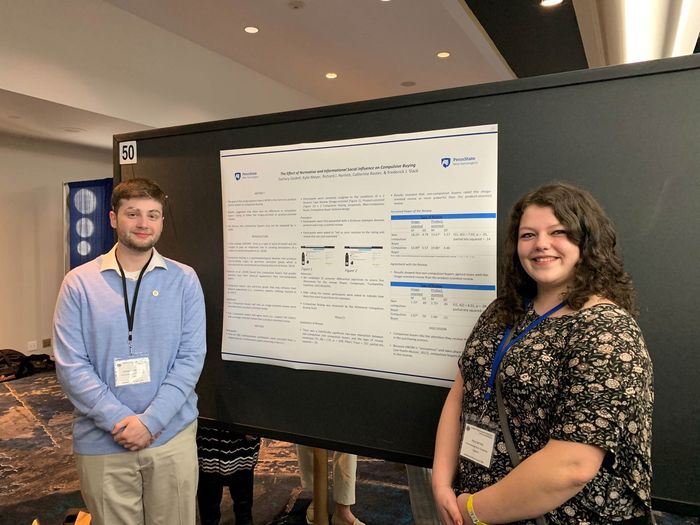 Working with Drs. Harnish and Krumenacker, Zachary and Kylie presented “The effect of Normative and Informational Social Influence on Compulsive Buying.” This research examined how electronic word-of-mouth in the form of a product review might impact compulsive buying. They found that compulsive buyers were not impacted by either normative or informational social influence. 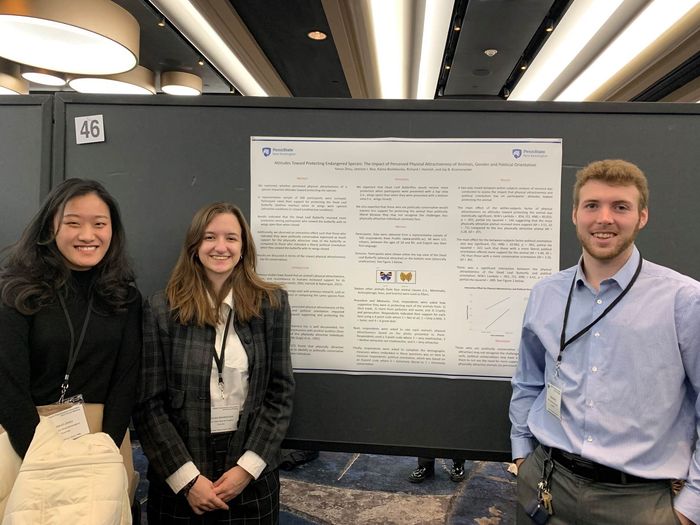 Working with Drs. Harnish and Krumenacker, Yanuo, Jamison, and Kalina presented “Attitudes Toward Protecting Endangered Species: The Impact of Perceived Physical Attractiveness,” which explored the impact perceived physical attractiveness of an animal (by humans) has on protecting the species from harm. They found that the more physically attractive the animal was, the more protection for support from harm the animal received.