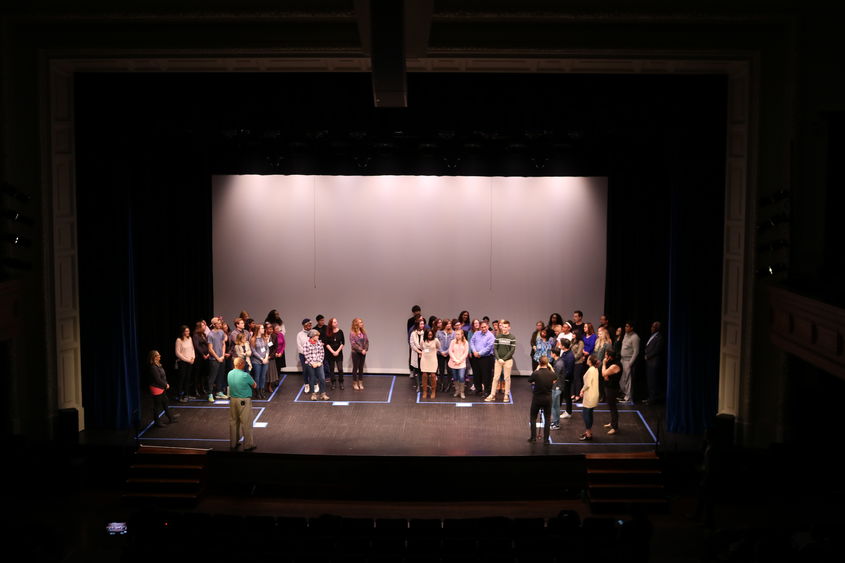 'All That We Are' video explores connections across Penn State communities

UNIVERSITY PARK, Pa. — Stand for State, Penn State’s bystander intervention initiative, recently asked students, faculty and staff at all Penn State campuses to explore what connects us as part of an interactive event called “All That We Are.”

The event was inspired by the viral video "All That We Share." The activity was intended to help build empathy and connection between participants, who responded to a variety of questions that highlight human experiences. Empathy and connection are key pieces in prompting people to intervene in concerning situations.

The activity was facilitated at 15 campuses, with five that filmed the experience. The resulting video helped to roll out Stand for State’s new topic of intervention around acts of bias, which was developed over the past year with the help of groups from around the University. The topic was officially rolled out in January and many faculty, staff and students have already participated in workshops to learn how to intervene in situations where acts of bias are present.

Stand for State focuses on training the Penn State community around how to take action to create a safer, more welcoming campus. The program initially launched to focus on intervening in situations of sexual and relationship violence, and training and programming around that topic has been offered for a little more than two years.

Students, faculty and staff can sign up for a workshop or training at any campus through Stand for State’s website.

There are many other ways Penn Staters can take action around these topics. Many Student Affairs offices offer comprehensive programming and support around bias, discrimination, sexual and relationship violence, and related issues. April is both Pride Month and Sexual Assault Awareness Month. One way Penn Staters can play a part in looking out for each other is by learning more about the issues on campus by attending some of the sponsored events this month by the Gender Equity Center, the LGBTQA Student Resource Center, and others.