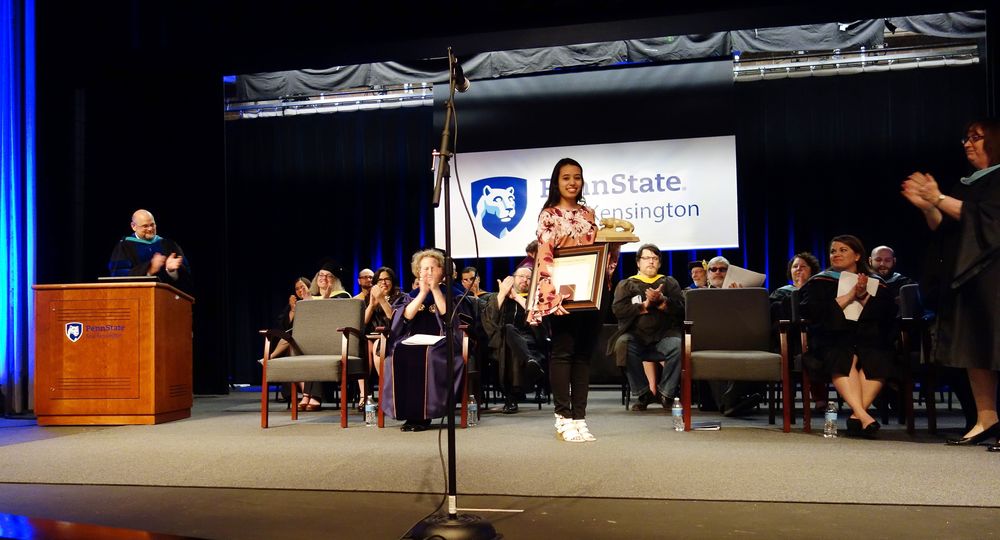 NEW KENSINGTON, Pa. — More than 40 academic and student achievement awards were presented to students on April 27 in a packed Forum Theatre at Penn State New Kensington. The awards included the highest student honor, the Eric A. and Josephine S. Walker Award, as well as the winners of the first-ever New Kensington Idea Challenge.

Paulina Iniguez, junior corporate communications major from Murrysville, Pennsylvania, was named the 2018 Walker Award winner. Iniguez, whose leadership and involvement at the campus spans through organizations such as THON, Lion Ambassadors, Orientation Leaders, Psychology Club and Spanish Club, exemplified excellence in the classroom, leadership on campus and citizenship in the community.

Along with Iniguez, students, faculty and staff were honored for their achievements at the annual "Celebration of Excellence" ceremony. Awards recognized those who showed academic commitment, leadership accomplishments, athletic success on and off the field and excellence in teaching.

Two faculty members were honored with Excellence in Teaching Awards — Melba Amador, lecturer in Spanish (full time), and Gregory DePalma, Adjunct Lecturer in Mathematics (part time). Faculty have three areas of responsibility: teaching, research/scholarly activity and service. The principle criterion is classroom performance, but excellence in other activities such as advising, supervision of learning outside the classroom and course development are also considered.

Four students and one faculty member were chosen as the first five winners of the inaugural “Idea Challenge.” During the spring semester, students, faculty and staff were asked to submit their innovative ideas for a chance to win a cash prize, mentoring and spots to attend a four-week Idea TestLab during the summer in hopes of refining and pitching their ideas to make them a reality. The 2018 Idea Challenge winners are Brandon Fello, Rujirutana Mandhachitara, Jonathan McCabe, Sarah Peppler and Matthew Stanga.

The initiative is part of the campus’ ongoing efforts reaching into the entrepreneurial realm, which includes the opening of its entrepreneurial center, The Corner, in New Kensington. The Corner is one of 21 University innovation hubs across the commonwealth through Invent Penn State.

Students receiving academic honors were recognized for having high grade-point averages in their respective majors or within the University, as well as participation in the campus honors programs. Twenty students were celebrated for earning a 4.0 cumulative grade-point average at the end of the fall semester.

A number of athletics awards were presented and included United States Athletic Association (USCAA) All-American honors and Penn State University Athletic Conference (PSUAC) All-Conference honors. Daniele Smith, a member of the golf team, was recognized for being named the National Student Athlete of the Year by the USCAA. At the campus-level, Pascal Bikanura and Dorian Broadwater were named New Kensington Male Athletes of the Year, and Morgan Williams was named New Kensington Female Athlete of the Year. Ryan Stanga, men’s soccer player, was selected for the Robert Darby “The Darb” Sportsmanship Award, which was established in honor of Robert Darby, kinesiology instructor, athletic director and coach, who retired in 2006 after 38 years at the campus.

To view a photo gallery from the 2018 academic and student achievement awards ceremony, visit: facebook.com/pennstatenewkensington. 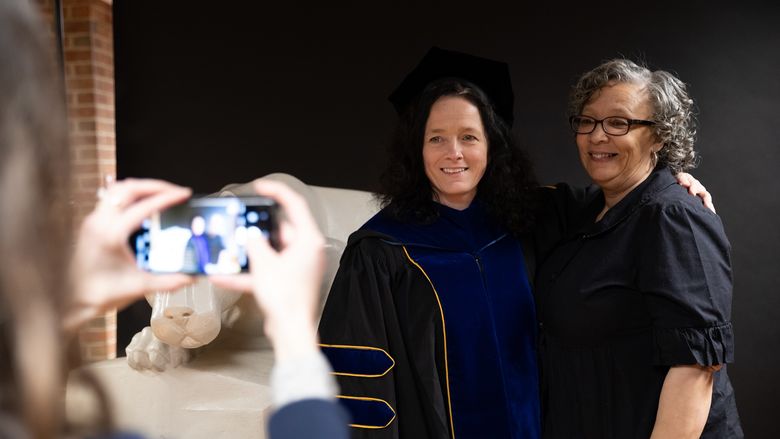 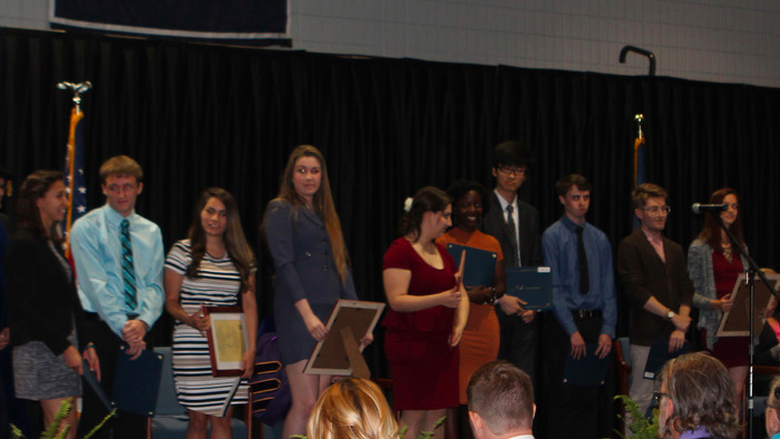 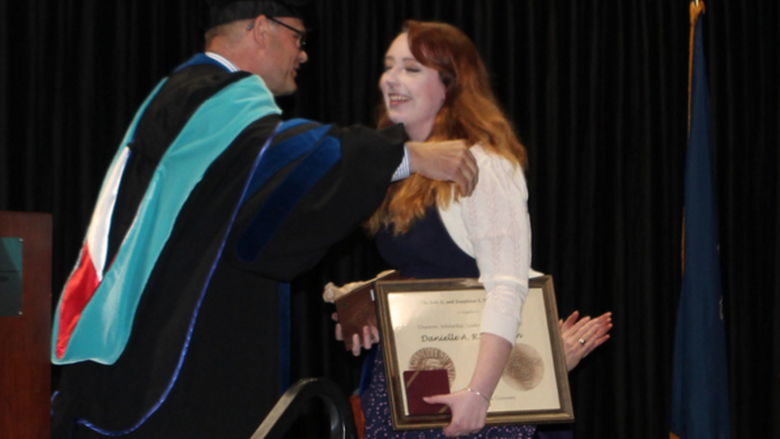