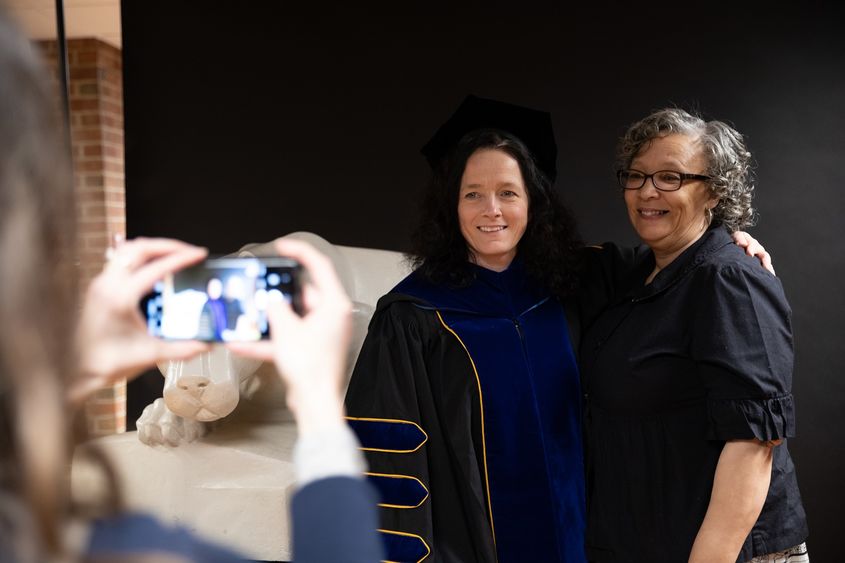 Penelope Morrison (left), assistant professor and program coordinator of biobehavioral health (BBH), poses for a photo with BBH student Marcella Moore after the 2019 Celebration of Excellence awards ceremony at Penn State New Kensington. Moore was presented with an academic recognition award from the program.

NEW KENSINGTON, Pa. — Academic, teaching and extracurricular honors were bestowed at the annual Penn State New Kensington Celebration of Excellence Awards on April 26. Approximately 50 awards were presented in the Forum Theatre, which was filled with campus faculty, staff, students and students’ family members and friends.

When starting her college career at Penn State New Kensington, Rogers thought academics would be her sole focus, but quickly learned, with the reassurance of faculty and staff members, that participation in extra-curricular activities and opportunities could enrich her experience, as well as inspire herself and others and rekindle a goal of making service part of her life.

“I am a firm believer that everything happens for a reason, and there is something to be learned from every situation,” said Rogers in her award personal statement. “This is why my experiences the past two years have impacted me so much.”

A faculty member encouraged her to join the STEAM Outreach Club to work with youth in Alle-Kiski Valley area school districts where she has helped facilitate STEAM (science, technology, engineering, arts and math) activities, including an event that hosted more than 250 middle school-aged females.

“STEAM outreach is more than just teaching kids about tech opportunities; it is about being role models who can encourage them to realize obtainable goals that will impact their futures,” said Rogers. “This entire experience has helped me grow personally as I have worked to inspire these kids to stay curious and dig deeper into their interests.” 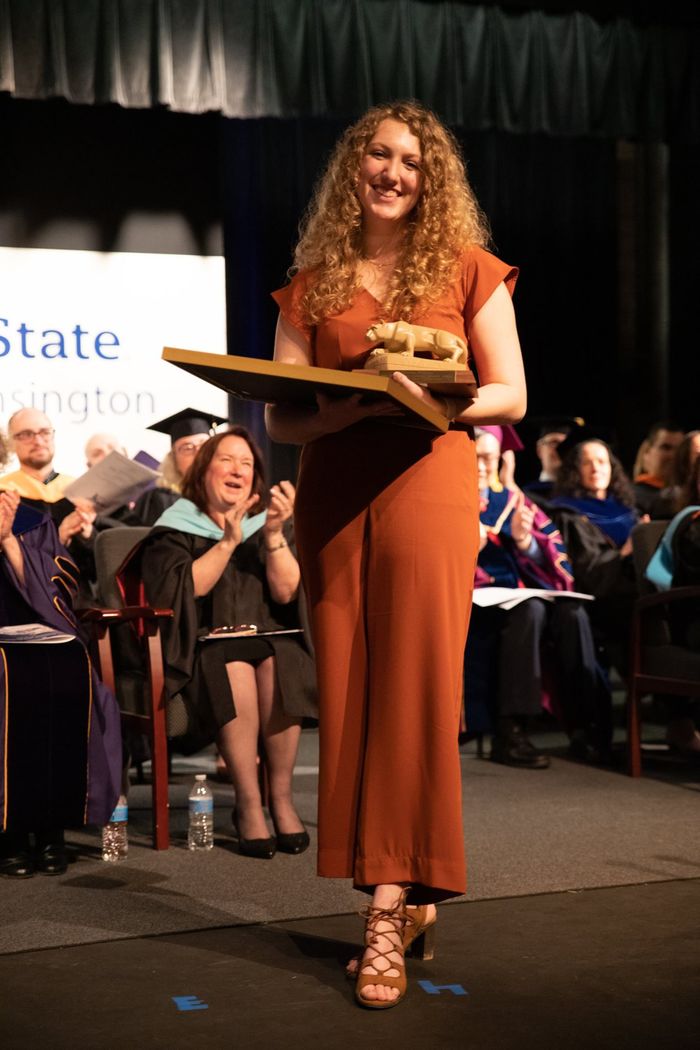 Sedona Rogers, sophomore electro-mechanical engineering technology student, poses after being named the recipient of the 2019 Eric A. and Josephine S. Walker Award at Penn State New Kensington. The honor is given annually to the student whose outstanding qualities of character, scholarship and leadership contribute to the prestige of the campus. The award was established in 1980 by Penn State President Eric A. Walker and is presented at each of Penn State's campuses.

In addition to being a member of the outreach group, Rogers serves as a tutor in the campus Success Center and the campus-sponsored Homework Hotline serving local school districts. She also is communications chair of the Engineering and Innovation Club and a member of the Math Club, campus Honors Program. and Tau Alpha Pi national honor society for engineering technology. Rogers also mentors middle-school females in the campus-led COMETS (Courses on Math, Engineering, Technolgy and Science) Program, which aims to support the students as they develop impressions on their abilities in science, engineering, math and technology and discover related career pathways and fields that are traditionally male-dominated.

Multiple nominations for Rogers were submitted for this year’s honor. One nominator wrote, “Sedona is a campus leader with integrity, hard-work and engagement as three key characteristics of distinction. She enhances the Penn State New Kensington campus through her involvements, her leadership and her work ethic.”

“Sedona is gifted in recognizing and drawing out the talents of others and is able to bring the best from these students,” stated another nominator. “It is rare to meet a college student who is so mature, organized and results-oriented.”

As she continues her path in achieving her degree at the campus, Rogers will continue serving others.

“Penn State New Kensington has challenged me to realize that while my education is important and I am passionate about what I am studying, I am also passionate about so much more,” said Rogers. “Having the chance to guide others through the same changes and struggles I have faced in college has helped me find even more success and fulfillment on my own journey. Being in a service role has added dimension to my education and drives my creativity. I don't know where I will eventually end up, but I do know that I will be committed to serving others.”

Students receiving academic honors were recognized for having high grade-point averages in their respective majors or within the University, as well as participation in the campus honors programs. Eighteen students were celebrated for earning a 4.0 cumulative grade-point average.

A number of athletics awards were presented and included United States Athletic Association (USCAA) All-Academic and All-American honors and Penn State University Athletic Conference (PSUAC) Academic All-Conference and All-Conference honors. Andrew Perenic, men’s soccer player, was chosen as the campus Male Athlete of the Year, and Kaylea Flick, women’s volleyball, was named the campus Female Athlete of the Year. Wilson Rojas Jr. was presented the Robert Darby “The Darb” Sportsmanship Award, which was established in honor of Robert Darby, kinesiology instructor, athletic director and coach, who retired in 2006 after 38 years at the campus.

Two faculty members were honored with Excellence in Teaching Awards — Joseph Cuiffi, program coordinator and assistant teaching professor of EMET (full time), and Robyn Chotiner, adjunct lecturer of biobehavioral health (part time). Faculty have three areas of responsibility: teaching, research/scholarly activity and service. The principle criterion is classroom performance, but excellence in other activities such as advising, supervision of learning outside the classroom, and course development are also considered for the accolades.

A full photo gallery from the event can be viewed on the Penn State New Kensington Facebook page. 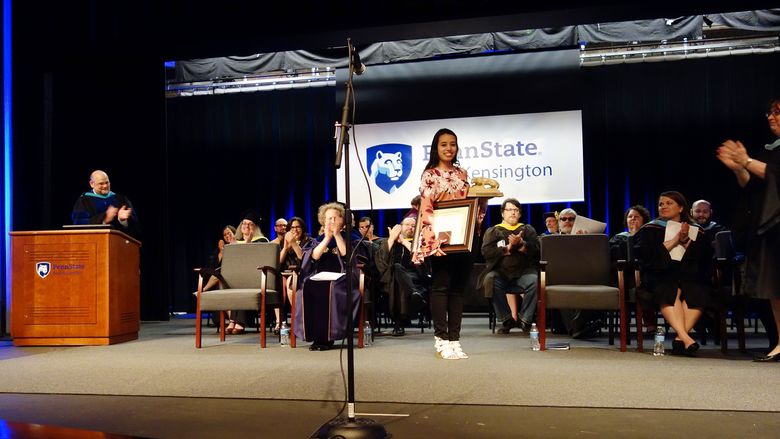