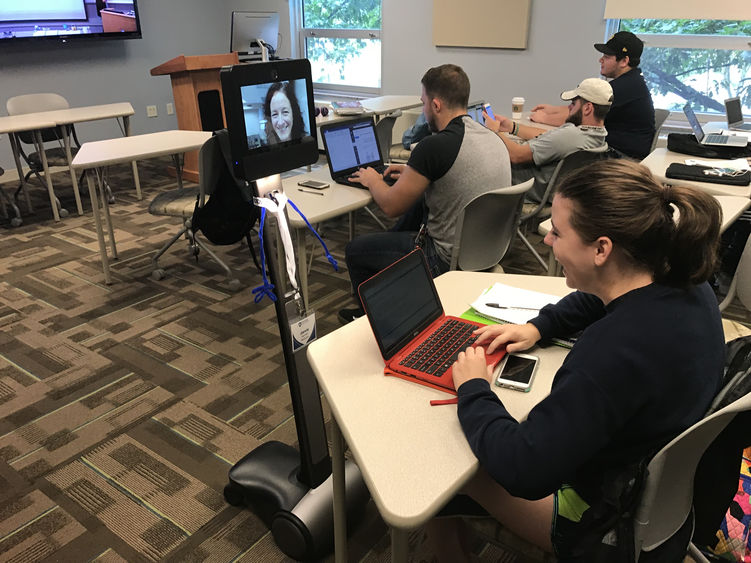 Penelope Morrison, assistant professor of biobehavioral health at Penn State New Kensington, interacts with students at the Penn State Greater Allegheny campus via a Beam telepresence robot. The shared biobehavioral health program at the campuses acquired two robots thanks to a grant from Penn State's Teaching and Learning with Technology REACH initiative. Each campus has a robot which allows Morrison and fellow faculty member Kristal Tucker, assistant professor of biology at the Greater Allegheny campus, to "shorten the distance" between distance learning classes.

Because the program is shared between the campuses, Penelope Morrison, assistant professor of biobehavioral health at the New Kensington campus, and Kristal Tucker, assistant professor of biology at Penn State Greater Allegheny, collaborated to find a way to revise their current classes delivered via a polycom distance learning platform. The courses, taught by the faculty, are live to students at their respective campuses and online through video stream provided through polycom at the other campus.

Penn State’s Teaching and Learning with Technology’s (TLT) REACH (Re-Imagine, Engage, Align, Change) initiative was able to help Morrison and Tucker realize their goal of bringing students at both campuses together.

“When we met with the TLT team, we stressed upon them our desire to ‘shorten’ the distance between our classrooms at Greater Allegheny and New Kensington,” explained Morrison. “We wanted technology that would allow us to have more interaction with our students on the receiving end of the polycom and to try and make our courses as dynamic and interactive as a solely 'in-person' course.”

The TLT team suggested multiple possibilities, but Morrison and Tucker agreed that having a BEAM telepresence robot at each campus would allow for increased interaction and collaboration for both faculty members and students in the program.

Tammy, New Kensington’s robot, was named as a nod to Morrison and Tucker’s southern upbringing. Greater Allegheny’s robot is called Jarvis after a comic book character who always assists others.

The faculty members have already had Tammy and Jarvis visit in their classes, mostly during discussion and activity periods, but Morrison is planning more.

The modern technology is allowing for the program and its students at both campuses to explore new opportunities in strategic, impactful and meaningful ways.

“How we do everything is changing, and technology is an integral part of that,” said Morrison. “In this case, the robot seemed to be the perfect solution, helping Dr. Tucker and I build the BBH program into a strong, cohesive program where, yes, the classes are shared between Greater Allegheny and New Kensington, but students don’t feel that distance, or at least it is minimized as much as possible. I think technology can help us do great things and it can improve our teaching and the quality of education we provide students – but it has to be done in such a way that makes sense.”

Students and faculty in the shared biobehavioral health (BBH) program at Penn State New Kensington and Penn State Greater Allegheny are now able to shorten the distance between campuses thanks to modern technology. Through a Penn State Teaching and Learning with Technology (TLT) REACH grant, the campuses were able to purchase two Beam telepresence robots, one for each campus so that students and faculty members could interact with each other during classes delivered through distance learning platforms. 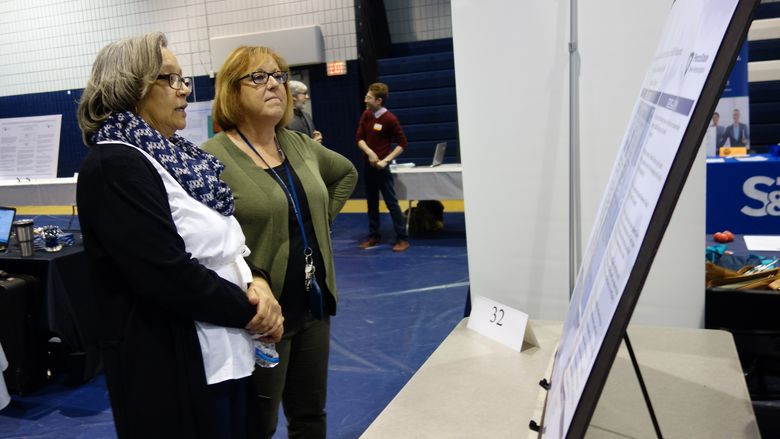 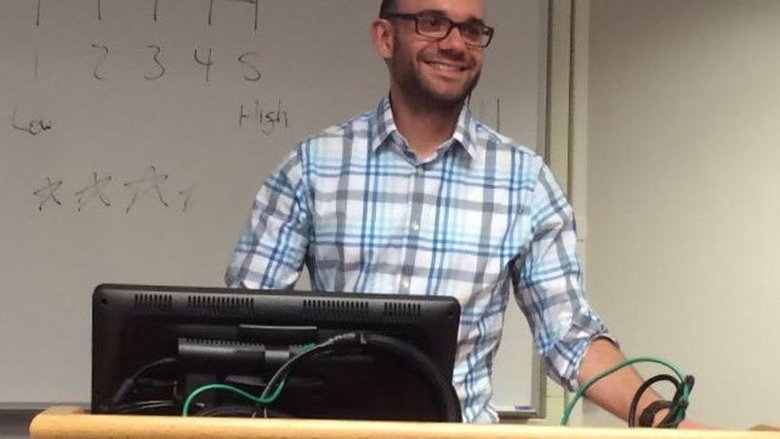