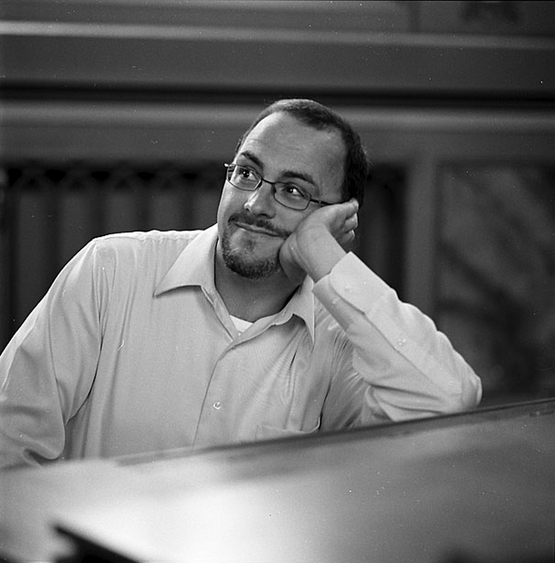 Renowned pianist Tom Roberts brings his silent film festival to Penn State New Kensington on Nov. 28. Roberts composed new scores for Charlie Chaplin film, including the two that will be shown at the campus: "The Rink" and "The Pawn Shop." The composer will perform and narrate the movies and be joined by Mary Beth Malek, clarinetist.

NEW KENSINGTON, Pa. — Pianist Tom Roberts has performed on the “Tonight Show with Johnny Carson,” arranged music for a number of jazz artists such as Wynton Marsalis, and arranged and performed music for Martin Scorsese’s “The Aviator,” among others. One of his more recent passions includes composing original scores for silent films starring Charlie Chaplin, two of which he will bring to Penn State New Kensington at 7 p.m. on Nov. 28 in the Forum Theatre. The film festival is free and open to the public.

“I hope that the audience will include everyone because these films, even though they are 100 years old, still speak to us today,” said Roberts. “Chaplin’s art transcends time. In fact, there are many moments when he looks out of the screen, across time, and looks directly at you and laughs at what has just transpired.”

The Pittsburgh Symphony first approached Roberts to improvise scores for silent movies, but he convinced them to allow for the composition of all new scores once he found out the films featured Chaplin, someone who always intrigued him.

“As an adult, I see so much more about what he [Chaplin] does and how he can do it without uttering a single word,” said Roberts. “He can communicate silently to anyone. That is profound.”

The Silent Film Festival at the New Kensington campus will feature Chaplin’s “The Pawn Shop” and “The Rink.” The Swisshelm Park native hopes attendees of the event will not only be entertained, but also learn from the experience.

“I hope that people are able to look at themselves outside of their own body,” explained Roberts. “There are ongoing gags about time in 'The Pawn Shop,' particularly the illusion of time.”

According to his website, Roberts spent more than a year composing music and studying Chaplin’s films. He has performed and presented alongside the films in such places as Germany, New York and Pittsburgh.

At the New Kensington film festival, Roberts will be joined by Mary Beth Malek, principal clarinetist with the Pittsburgh Opera and Ballet orchestras.

Roberts promises the upcoming event will be transformative.

“People have referred to this as life altering and magical,” expressed Roberts. “I actually believe that it is tied to our fear of the passing of time and ultimately our fear of death. But, on the screen, Charlie Chaplin is forever 26 years old. They are eternally young. It's an experience like listening to an acoustic Victrola record.”

For more information about the event, contact the Office of Student Affairs at 724-334-6062.